Earthquakes. Hurricanes. Tornadoes. Our planet has more than a few ways to turn your life upside down in an instant! As an insurance brokerage, it’s our job to be there when that happens – to have your back when disaster strikes.
That’s why we’re proud to sponsor Kitchener’s THEMUSEUM and itsNature Unleashed: Inside Natural Disasters exhibit. The exhibit is designed to give you an up-close-and-personal look at some of nature’s most impressive feats. To help you understand the eerie calm of standing in the eye of a tornado. Or what it’s like to try and hold your ground against the unrelenting winds of a tropical hurricane. To witness the power and destruction of a volcanic eruption first-hand and give you a small taste of nature at its wildest and most spectacular.
We’re always interested in learning more about these thrilling (and terrifying) phenomenons – why they occur, how we can predict them, and how to mitigate the damage they cause. The more we know about them, the better we can prepare for and respond to whatever nature might throw at us in the future.
While we might not have to worry about volcanoes in our area, Ontario has certainly seen its share of wild weather! In the past 140 years since our founding, Staebler Insurance has been there to protect people through rising flood waters, frigid ice storms, and devastating tornadoes. We’ve witnessed some of the most impressive and terrible disasters in Ontario’s history, including:

The Great Fire of 1922 affected 18 townships across Ontario, burning over the course of two days and covering over 1,680 square kilometers. Fourty-three people lost their lives and several communities including North Cobalt, Charlton, and Thornloe were completely decimated by the blaze.
The fire was caused by a combination of an unusually hot and dry summer, farmers and land owners clearing brush during the annual October burn season, and the dismissal of seasonal fire rangers (who requested extra time in the area due to fears of just such an incident occurring). While the fire was human-caused in origin, it was the bone-dry summer drought and unusually strong fall winds that fanned the flames of brush fires and turned those small controlled burns into a massive conflagration that consumed the countryside. Just another example of how a single spark, under the right conditions, can become an inferno in an instant.

In 1954, Hurricane Hazel cut a swath of destruction across TWO continents! Originating in Haiti, the hurricane traveled up the Atlantic coast across America before eventually moving inland into Southern Ontario where it merged with a powerful northern cold front.
The storm ravaged the unprepared Toronto area. The high winds and localized flooding caused over 80 deaths, thousands of injuries, and left over 4000 families homeless. Damages were so extensive that the military was called in to help with the clean up and a nationwide Hurricane Relief Fund was established. You wouldn’t typically expect Toronto to be a target for hurricanes, but if nature has taught us anything, it’s to expect the unexpected.

While freezing rain is fairly common during Canadian winters, the sheer severity of the 1998 Great Ice storm was anything but! A meeting of several systems, including a warm moist airflow from the Gulf of Mexico and a high pressure cold front from Labrador, resulted in a massive storm that encompassed large parts of Ontario, Quebec, New York State, and parts of New England. For more than 80 hours, freezing rain and intense winds pummeled the affected areas, halting transport and knocking out the power for more than 4 million people.
The effects of the storm were so severe that several municipalities declared an official state of emergency. Services and businesses across the province were shutdown and the Canadian Armed Forces were called in to assist in reconstruction and rescue efforts. The total military mobilization across Ontario and Quebec was the largest deployment of the Canadian Armed Forces since the Korean War.

The Southern Ontario Tornado Outbreak of 2009

August 20, 2009 marked the largest single-day outbreak of tornadoes in Ontario history. A series of 19 separate tornadoes, ranging in severity from F0 to F2, blew through municipalities across Ontario, including Durham, Vaughan, Milton, Barrie, and more.
The storms damaged homes, flipped over cars, and knocked down power lines wherever they touched down. Estimates of the total damage caused by that single-day of storms sat at over $30 million dollars! A daunting amount of destruction caused in such a short time span.

As we’ve seen in the past, weather disasters are not a matter of “if,” but a matter of “when.” We don’t know what the next big meteorological event will bring for certain, but we know that we’ll be there just as we have been for over the past century, ready to help Canadian families weather whatever nature brings.
Nature Unleashed: Inside Natural Disasters will be displayed at THEMUSEUM until February 2017. Plan your visit at www.THEMUSEUM.ca.
*This exhibition and its national tour were developed by The Field Museum, Chicago

END_OF_DOCUMENT_TOKEN_TO_BE_REPLACED

The Holiday Season is a special time to share with family and friends. As a family-owned business, we recognize the importance of time off and allowing our team to relax and enjoy this season with loved ones.

END_OF_DOCUMENT_TOKEN_TO_BE_REPLACED 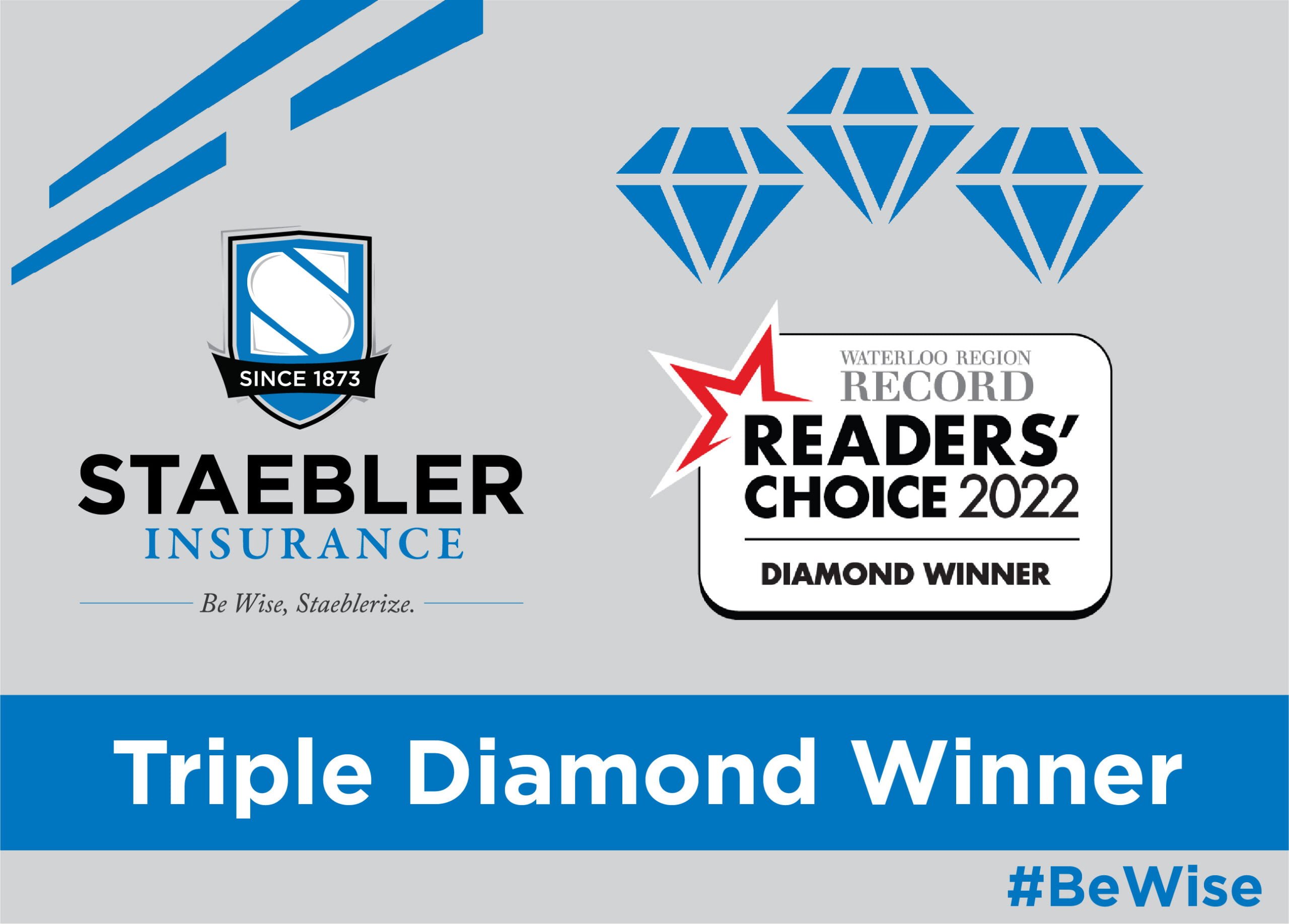 As you may have seen, earlier this month Staebler Insurance was honoured to be selected as three-time Diamond Readers’ Choice winners. Thank you Waterloo Region for voting Staebler No. 1!

END_OF_DOCUMENT_TOKEN_TO_BE_REPLACED 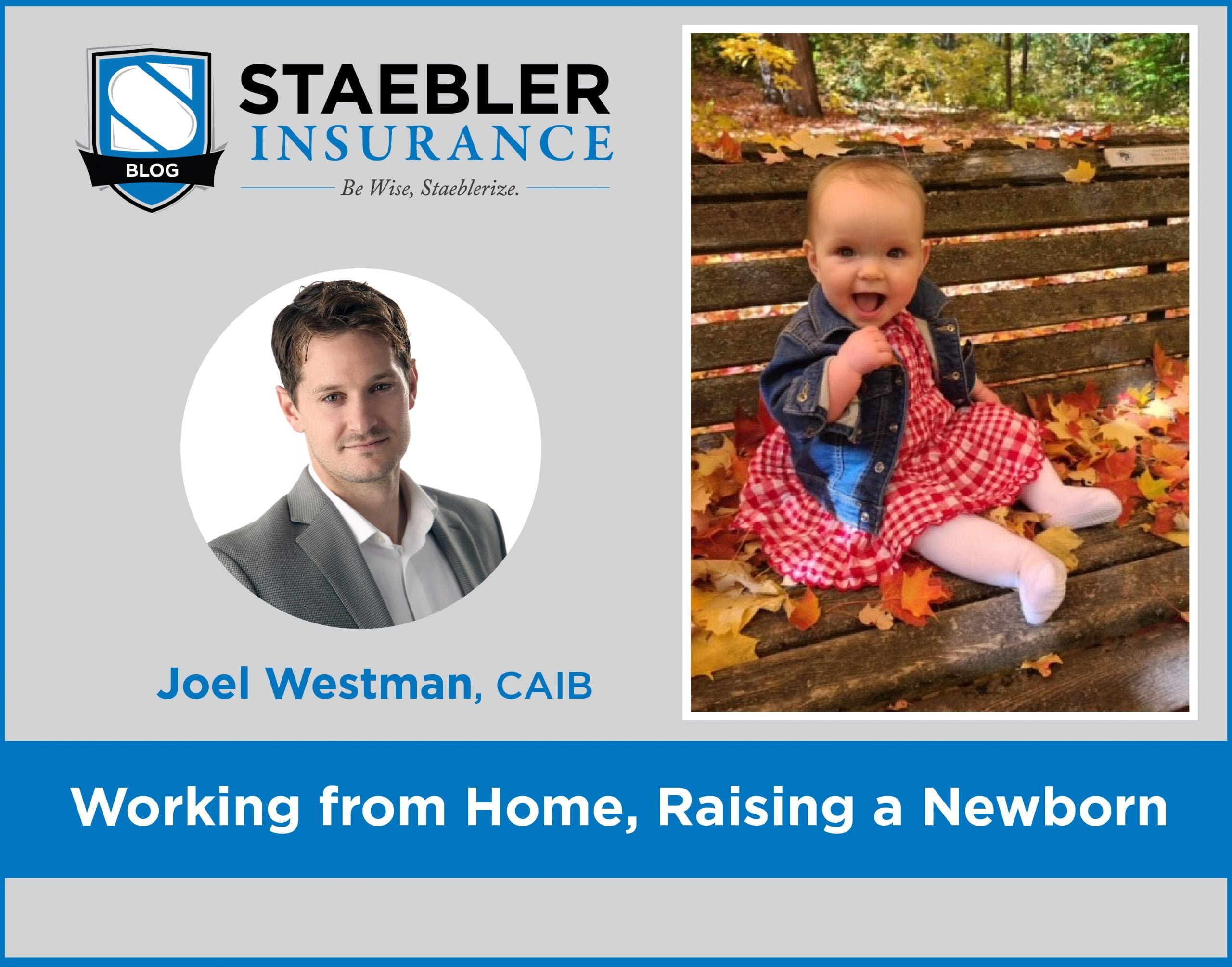 Working from home with a newborn baby

Joel Westman has been a Staebler broker for more than seven years and has experienced a fair share of challenges and growth over the years. However, what Joel has experienced in the last eight months, has been the biggest challenge yet! Joel, along with his wife,...

END_OF_DOCUMENT_TOKEN_TO_BE_REPLACED 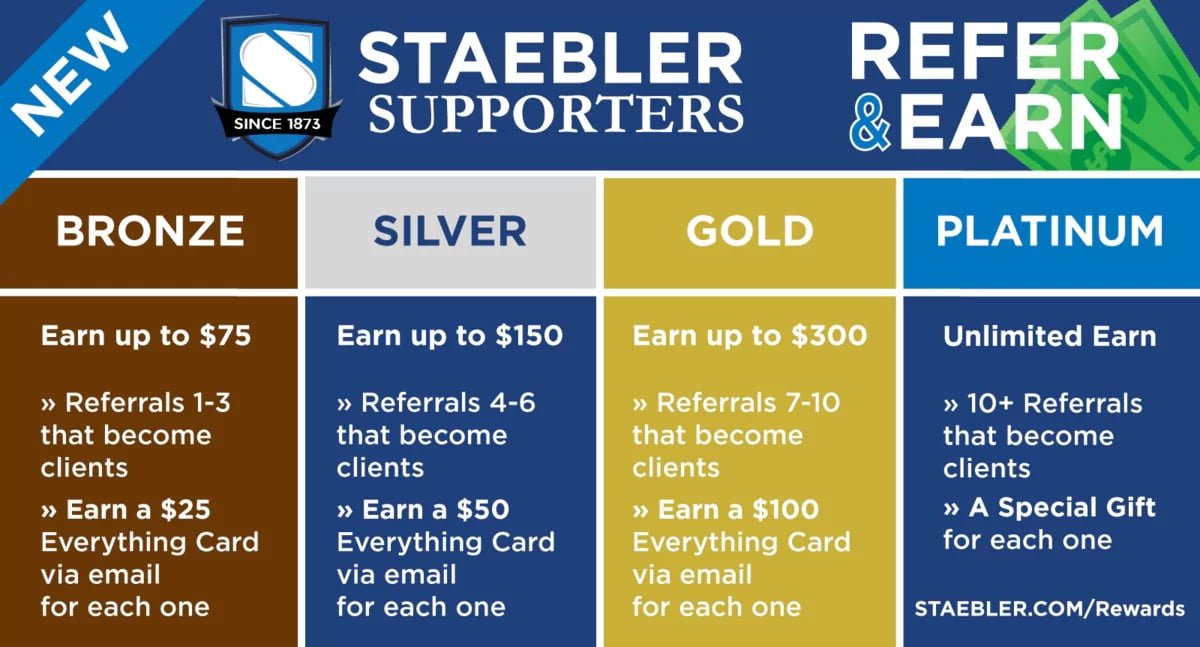 We heard from clients in Kitchener, Waterloo, Cambridge, Waterloo Region, and beyond that our referral program needed an update – so we did just that! Over the years we have helped hundreds of clients with our Staebler Supporters Referral Program. We've now made it...

END_OF_DOCUMENT_TOKEN_TO_BE_REPLACED

Due to the ongoing service outage and the uncertainty around restoration time, we are closing the office today, July 8. Our plan is to reopen on Monday, July 11 at 8 a.m. You may email your broker or contact our After Hours Service Line for urgent needs at...